In-between meals are considered important – especially to patients who only eat small portions. 50% of energy and protein should be covered by in-between meals but due to hectic workdays, a lot of patients are not offered these meals. It is therefore difficult for patients to get their daily intake of protein and energy covered, which is why Roberta the Robot Trolley was invented. Roberta is a robot trolley with an installed cooling system developed to lessen the clinical staff’s workload as well as secure that small-intake patients get offered in-between meals three times a day at the Department of Surgery at Svendborg Hospital. By using Roberta, the clinical staff would be supported in their workflow, while Roberta would create value for the individual patient regarding when and what to eat.

Roberta the Robot Cart will take part in the New OUH’s nutrition concept.

The main result of the project is knowledge of the considerations that must be made by using a robot trolley to deliver snacks from floor kitchens to wards. Hygiene rules largely set the framework for how the robot can be used, and therefore this should be considered in future projects concerning robots for food delivery.

There were positive aspects of the robot’s use, i.a. it gave rise to the mobilisation of the patients who were able to do so, as well as discussions about nutrition, but no increased intake of in-between meals was seen in the patients. A robot is not in itself the solution to the patients’ need for nutrition, but can be part of the work flows and tasks that need to be solved.

ABOUT THE PROJECT
Gastrointestinal Department of Surgery in Svendborg is the pilot department of the project. 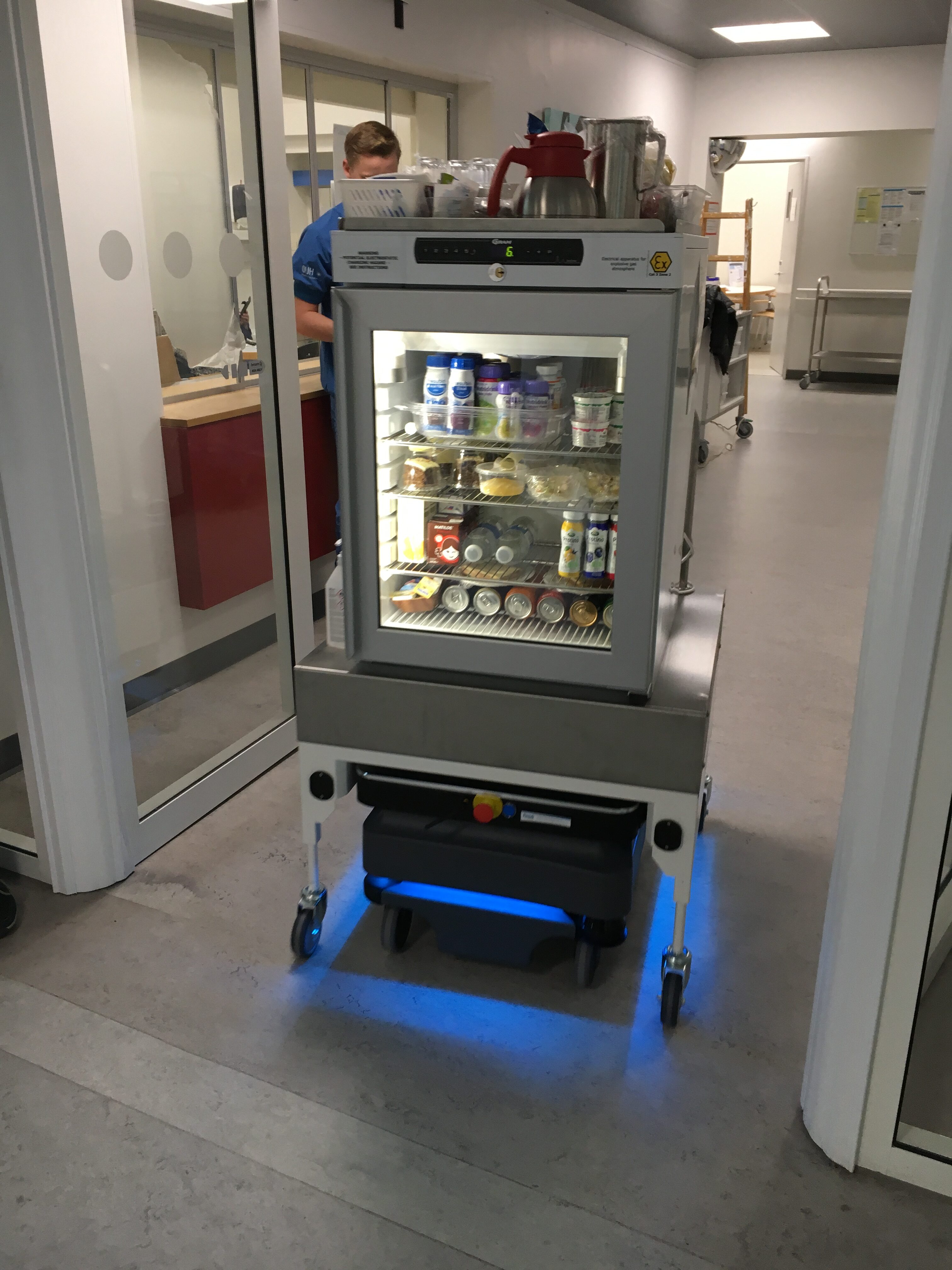 The project was developed in collaboration with the department’s dietitian, the robot supplier Flextek. The project was lead by the kitchen section at OUH and the professional nutrition staff.

The project was financed by means granted by the Innovation Fund of OUH.