Osteoporosis is a chronic disease that is increasingly seen among the Western population. The disease is growing currently with an increase in the elderly. At the beginning of the project in 2015, the disease cost the Danish society DKK 12.4 billion, and the expense is expected to increase if the development is not stopped. The disease makes the bones brittle, and one in three will experience a fracture caused by the disease. Women are often diagnosed because of a bone scan without having experienced a fracture. A single fracture increases the risk of subsequent fractures by as much as 86%. It is therefore important to prevent it.

The women being diagnosed with osteoporosis because of a scan without experiencing a fracture often find themselves in a grey area between ill and well. They find it hard to understand the meaning of the diagnosis, and many are unnecessarily worried and limit their daily activities.

By strengthening the intersectoral collaboration about women with osteoporosis by means of a joint technological platform, the women are able to live with the disease and prevent fractures and deterioration. This is expected to reduce the number of future fractures – for the benefit of the individual patient, but also of the health services i.e. in the form of fewer admissions.

The project studied the needs women between the age of 50-65 have as patients in the grey area between ill and well when they are diagnosed with osteoporosis because of a scan, but without having had a fracture. At the same time, an app was developed to study if mobile health technology can support the women in participating in decisions regarding their treatment and subsequently take care of their disease without provoking illness unnecessarily.

The app is to be used as a knowledge bank in connection with scans for osteoporosis, to view scanning answers, and after a potential diagnosis to track physical activity, calculate calcium in their diet, for notes and to find out, at which time the next scan will take place.

Pernille concluded her PhD with a defence at Odense University Hospital on 31 August 2018.

The developed app is now in operation at OUH for women between 50-65 years, who were also the target group included in the project.

In 2021, the Danish Health Authority in cooperation with Pernille Ravn Jakobsen and other stakeholders launched an app for all Danes with osteoporosis – an app based on the results from this project.

The project was a PhD project by Pernille Ravn Jakobsen.

The project was funded by UC SOUTH, the Region of Southern Denmark, the Danish Osteoporosis Association and the [email protected] project. 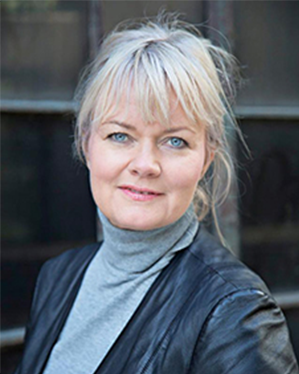