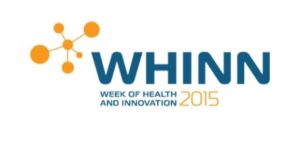 Last week the first ever edition of WHINN – “Week of Health and INNovation” – took place in Odense, the home of CIMT.

WHINN was a collection of events organised by public and private health and technology organisations in Odense. Naturally CIMT, comprising both Odense University Hospital and University of Southern Denmark, played a key role in many of the activities of the week and benefitted from many opportunities to meet and engage with both existing and potential new collaboration partners.

Some of the main events during the week where researchers and project managers from CIMT were involved were the two conferences “Technology Innovations:Supporting Integrated Care at Home and in Communities” and of course the “European Telemedicine Conference” where Odense University Hospital is one of the founding partners. A key element in the European Telemedicine Conference this year were two scientific tracks with presentations from researchers from Denmark and abroad which was hosted by the Danish [email protected] project, a national research platform led by researchers at University of Southern Denmark who are also a part of CIMT. Many of CIMT’s senior and junior researchers took part in these tracks and presented results of their research.

The largest European project currently run by CIMT, the Mastermind project on telepsychiatry, also chose the WHINN week to have their midterm conference including both a partner workshop, a consortium meeting and a number of open events to share the experiences from the project with people from outside the partner group.

During the week Odense University Hospital also hosted four different international delegations who came to the hospital to hear more about the challenges and strategies for ensuring that OUH remains a high quality hospital on the forefront of healthcare and technology and get a first-hand view of some of the innovative setups in place at our facility. All delegations reported that the visit to OUH had been very valuable and inspiring.

Throughout the entire week highly valuable networking events took place in various localities and really emphasized the overwhelming interest from both international and national companies and researchers to collaborate with us in CIMT. In the coming weeks the new contacts and expressions of interest will have to be combed through and sorted – and hopefully some of them will amount to new research and implementation projects.

One thing is for sure: WHINN 2015 was a great succes, and we can’t wait to be part of next year’s event! 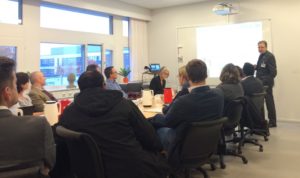 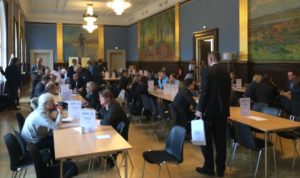 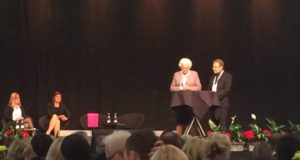 CMO Peder Jest and Mariann Fischer-Boel, Chairman of Healthcare DENMARK officially open the two main conferences on Wednesday after the Minister for Health and President of the Regional Council had welcomed everyone to Odense and Denmark 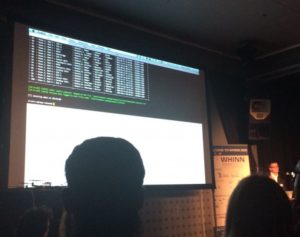 Networking event on Monday night: The speaker live-hacked a system to put emphasis on the fact that too many healthcare data are insufficiently protected 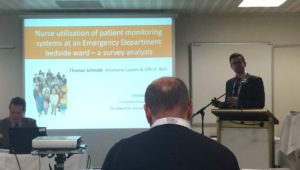 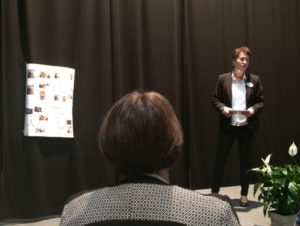 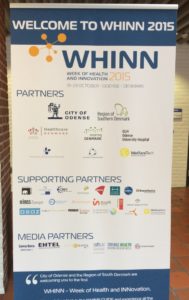 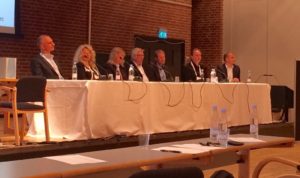 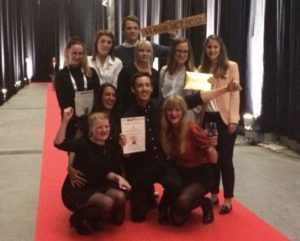 The finalists in this year’s Young Innovators Competition; A part of the European Telemedicine Conference 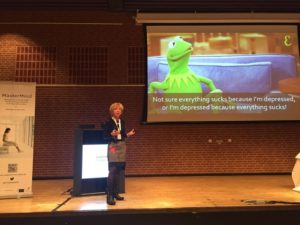 Heleen Riper, professor at VU Amsterdam University and ass. prof. at University of Southern Denmark and the Centre for Telepsychiatry, an important collaboration partner in the Mastermind project presents the status for implementation of telepsychiatry at Odense Congress Center 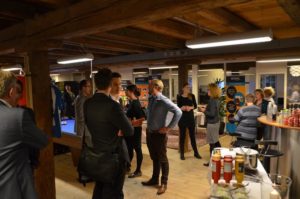 Medisat, long-term partner for OUH in the field of telemedicine delivery to chronic patients, opened their doors to the public to show their latest advances in telemedicine equipment